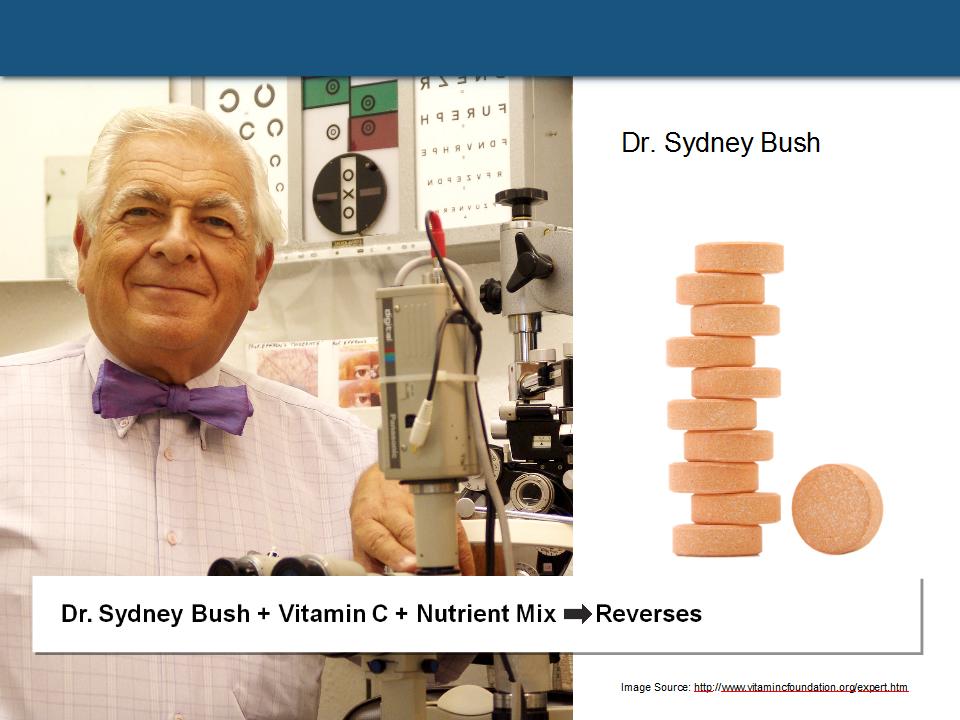 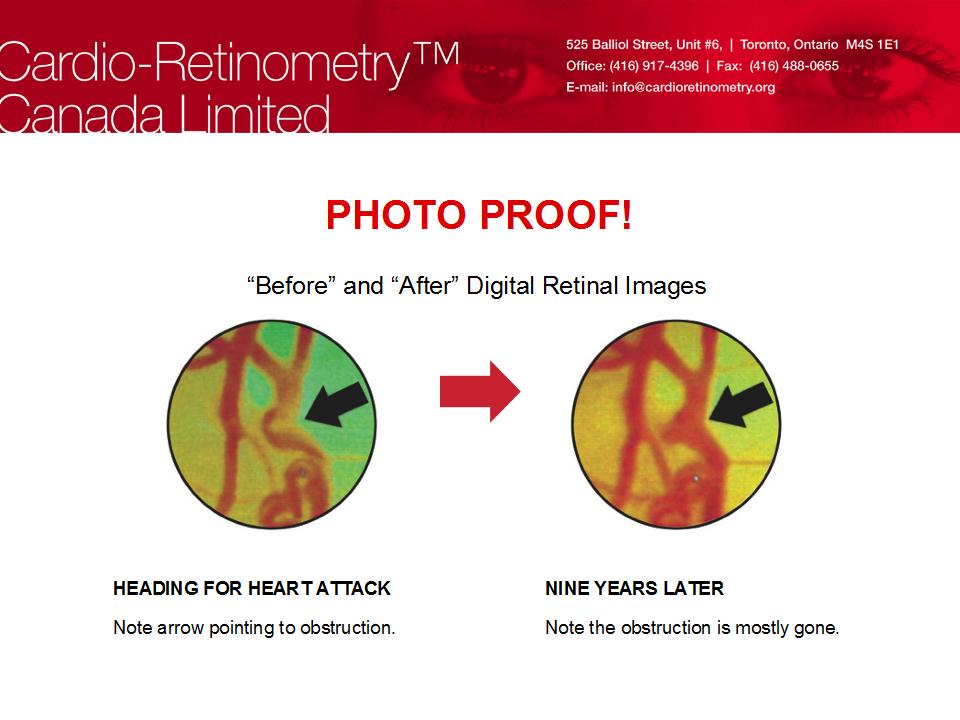 LONDON- Given that arterial disease is the leading cause of death in developed countries, doctors have employed different technologies to ascertain the onset and severity of cardiovascular disease. Since 1851 when the first ophthalmoscope was developed, doctors have been able to directly view arteries at the back of the eyes. Years later, pictures of the blood vessels were taken which helped eye doctors diagnose and chart the progression of various eye disorders. Then, beginning in the 1960s cardiologists began injecting dye into blood vessels and viewing an x-ray fluoroscope to find arterial blockages throughout the body. Angiograms, as they care called, usually aren’t obtained until symptoms of arterial disease are apparent.

But when eye researchers revealed this past July in the British Medical Journal that narrowing of small arteries at the back of the eyes precedes the development of high blood pressure, it opened up a new non-invasive way of detecting systemic artery disease. Retinal photos could detect hypertension long before blood pressure rises. But what are doctors to do with this discovery? Prescribing medications to adults before they actually develop hypertension would not be advisable.

Then Dr. Sydney Bush, a Doctor of Optometry, in Hull, East Yorkshire, North of London, wrote a letter to British Medical Journal editors citing his experience prescribing vitamin C for arterial cholesterol. This is seen in the majority of patients. His observations were based upon two kinds of photographs of blood vessels. These are pericorneal photographs (of the external eye) recorded by video-biomicroscopy using what is called a slit lamp biomicroscope and a second type of arterial photograph of the internal eye, the retinal photograph, using the digital electronic retinal camera. These images are capable of great magnification.

In the course of his practice of placing patients on vitamin C to prevent or treat contact lens problems, Dr. Bush serendipitously discovered high-dose vitamin C reversed the tendency to arterial disease, seen in both the external and internal eye images and he had the photographic evidence to prove it. Dr. Bush’s letter could be historic. If Dr. Bush is correct, millions of strokes, heart attacks, and coronary artery operations could be avoided with early supplementation with vitamin C. Dr. Bush calls this new approach to cardiovascular health from a study of the retinal blood vessels CardioRetinometry.  He says that with further research it may prove to be a better surrogate outcome predictor of coronary artery disease than present diagnostic systems.

Retinal photograph taken in 2002 (left) reveals artery disease (vessel narrowing, drop out of some vessels). Retinal photo (right) taken in 2004 after daily vitamin C supplementation confirms arteries have widened and some reappear. The fuzzy appearance on the left is due to excess cholesterol and can disappear in some cases, in a few months.

But is the medical community ready to embrace such a simple technology that would prevent much of the cardiovascular disease being treated today?  The worldwide figures are staggering – 600 million have hypertension.  The World Health Organization says some 20 million strokes occur each year.  Two million angiographies are performed annually in the US.  Virtually every adult over age 40 is at risk for arterial disease.  Angiography is much too expensive to be a screening tool (~$2000).  Dr. Bush’s retinal photographs could be a cost-effective breakthrough.

Insurance plans don’t pay for retinal photos without an indication. But the public can afford to pay, out of pocket, to have retinal photos taken during eye exams.  Progression or regression of pericorneal artery health and more seriously, retinal arterial narrowing can be monitored.  It will take the world some time to fathom what Dr. Bush has revealed.

Mega-dose vitamin C has been misunderstood, says Dr. Bush.  With the revelation that vitamin C has a half-life of about 30-minutes in the human body, a fact recently documented by two other British researchers, Drs. Steve Hickey and Hilary Roberts of Manchester, emphasize the need to take repeated doses of vitamin C throughout the day to maintain blood concentrations.  Hickey and Roberts book, Ascorbate: The Science of Vitamin C ( www.lulu.com/ascorbate ), reveals vitamin C concentrations can reach many times greater concentration than previously thought possible, a fact now confirmed by National Institutes of Health researchers themselves in independent studies.  A more recent study, just published in the American Journal of Clinical Nutrition, an analysis of nine previous studies, further confirms vitamin C supplement users, those who consume more than 700 milligrams per day, have a 30% reduced risk for coronary heart disease compared to non-supplement users.  A report in 1992 mistakenly claimed that more than 200 milligrams of daily vitamin C is worthless because excesses are excreted in the urine.  That errant report has likely resulted in the otherwise avoidable loss of millions of lives.

Dr. Bush began utilizing advanced retinal photographic technology in 1998.  He claims every human being has a degree of scurvy, if not a frank deficiency of vitamin C.  Animals produce their own vitamin C and don’t –at least until life’s end –seem to develop age-related

arterial disease as do humans, Dr. Bush notes.  Small aneurysms, bulging areas that indicate weak artery walls, can also be reversed with vitamin C.   This suggests many thousands of cases of brain or aortic aneurysms can possibly be remedied with supplemental vitamin C.  After a time Dr. Bush judged that over 90% of patients with arterial disease can be improved with 3000 milligrams of vitamin C per day, but some need over 10,000mgs/day supplemented with extra vitamin E.  Even hard calcifications could be remedied over a two-year period of vitamin C supplementation.  Dr. Bush says he can even visualize a fine white line, a silver wire appearance, that runs down almost every artery of adults who have high cholesterol.  The silver line disappears with vitamin C therapy.

Dr. Bush has already been the victim of some dirty tricks, in this case a false accusation that he placed the name of a physician on one of his CardioRetinometry brochures without the doctor’s permission, but that allegation soon disappeared.  He fears cardiologists will retaliate in some fashion over a technology that could turn many of them into cab drivers.  Dr. Bush has been interviewed on television and radio and his website ( http://www.hullcontactlensclinic.co.uk/cardior.htm ) has been flooded with inquiries.  He mulls over how entrenched medical authorities will attempt to maintain the status quo.  One approach could be the upcoming limitation on doses of vitamins and minerals now being established by a world trade body called Codex.  If Codex can limit vitamin C pills to no more than a few milligrams, it will be more expensive to practice vitamin C therapy.

Dr. Bush doesn’t anticipate the medical profession to readily begin taking retinal photographs and prescribe vitamin C.  But the public can choose to have photos taken and evaluate vitamin C therapy on their own.  Maybe patient-driven medicine is just what is needed, he says.  Dr. Bush claims when Dr. Linus Pauling’s book, Vitamin C And The Common Cold, was published in 1970, vitamin C consumption rose by 300% and the rate of cardiovascular disease began to decline thereafter.  It could happen all over again, says Dr. Bush, to an even greater extent.  Imagine a world without the plague of cardiovascular disease.  It now appears within reach.   ####

More on the New Definition of Scurvy...